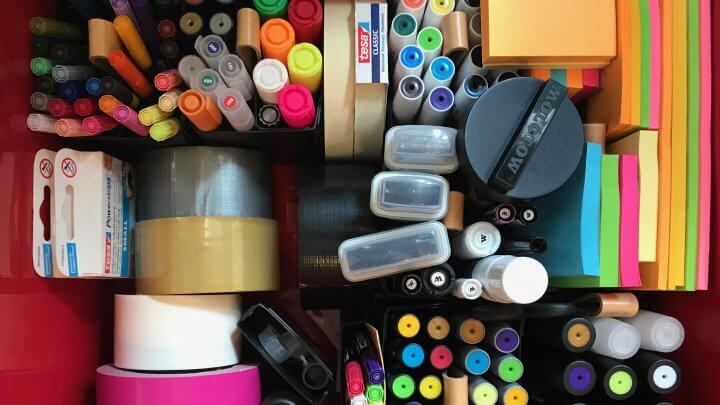 What happens if you give more than a grand to computer scientist with a weak spot for team organization, Scrum and Agile in general?
He buys markers and learning material about doodling … to soon understand that there’s a whole lot more than being able to doodle things nicely. At least that’s what happened to me.

It all started with the announcement of my employer, senacor.com, that starting from now on, we no longer are limited to the company’s catalog of training programs but are free to spend the corresponding budget on everything that reasonably has anything to do with training.

I always wanted to develop my skills in the direction of a Scrum master. One ability I ever was fascinated by was the ability to make those eye-pleasing doodles. I wanted to be able to do that too because I find those very appealing. Those doodles also reinforce a high level of skills.

I started by buying an online course about “Visual Notetaking” by Giselle Chow. Giselle presents in the7th episode “What’s In Your Toolkit?” the working tools she uses in her daily work. Those tools were mainly by the German company Neuland.

I started to doodle in my first sketchbook using the skills learned by watching Visual Notetaking again and again.

Exploring the products offered by Neuland I discovered the Handlettering Learning Pad to go that’s supposed to improve your writing skills — or better said “handlettering” skills.

Heather Martinez, one of Neuland’s ambassadors, offers a free online course where she teaches you some basic hand-lettering skills that I started improving on.

The most important thing I learned in Heather’s free course was how to write proper Roman (practice sheets).

I soon started my second sketchbook where I actually trained some typical icons and different people in different positions / situations.